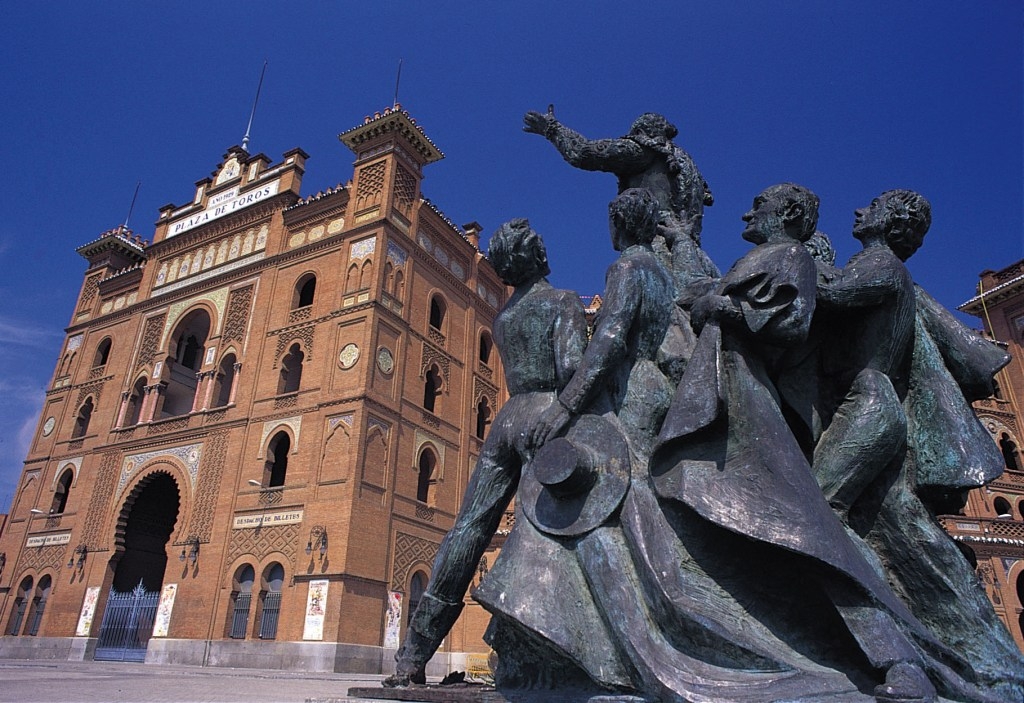 Sunday 26 of abril coming, and many fans of bullfighting go to the Madrid bullring (Plaza de Toros Las Ventas), to celebrate a novilleros and novillos’ afternoon.

The first novillero was Antonio Puerta. The bullfighter dealt with his own style to novillo Javier Molina’s cattle raising. In the ring the bullfighter dodged the bull repeatedly avoiding contact with their horns. In the second presentation, he found a cow much more daring than in the first, thats why Antonio Puerta decided to show more daring moves.

The bullfighter Puerta, was fight bulls like a professional, until the third novillo. When his get in the road, the matador had a goal, there was a cut the ear of this bull. Antonio Puerta get to his fans a surprise because was a performance with a lot of bold moves, and showed a strong character.

However no lucky with him in this case, because the bull attacks matador Puerta causing a strong impact on his left leg and shoulder. Later of his hard accident, the people around the road helped him up out of the Plaza de Toros de Madrid.

After matador was shipped to the hospital San Francisco de Asís where the doctors communicated that he has a serious damage in his leg but his health condition is secret until now.

The next novillero, was the novillero Miguel Ángel León who faced a 500 kg bull from Javier Molinas’ cattle raising. The fist bull was be easy to dominate even using the most efforts in his show.

When was time to the next bullfight the matador entered to the bullring with a different actitud, because he want to shine in the Plaza de toros las Ventas, though he couldn’t finish his cometed because of bull attack him and when he ran to the planking, he fell and hurt his hand. The matador Miguel Angel León couldn’t fight the last bull. The novillero has recovering in the hospital.

Its time to the next novillero, Amor Rodríguez, who faced a 490 kg bull and was qualified like a one of the most rude of the afternoon. He wears a red lights dress and welcomed a his first brown bull from the same cattle raising like the another ones. His performing showed a subtle and elegant style to facing the bull.

Most of the people that was in the Plaza de Toros Las Ventas pay attention to the novillero all the time, because they was afraid for the accidents tendency, buy fortunately for the novillero Rodríguez, no received a stab in all the presentation. He finished his performance with silence.

The spectators of Plaza de Toros las Ventas, were attend all the time, because of the surprises that the bullfighters got all the bullfighting of the sunday past. Much of the audience expressed his worry south the accidents and they are appreciatory of the heath of the young matadors.