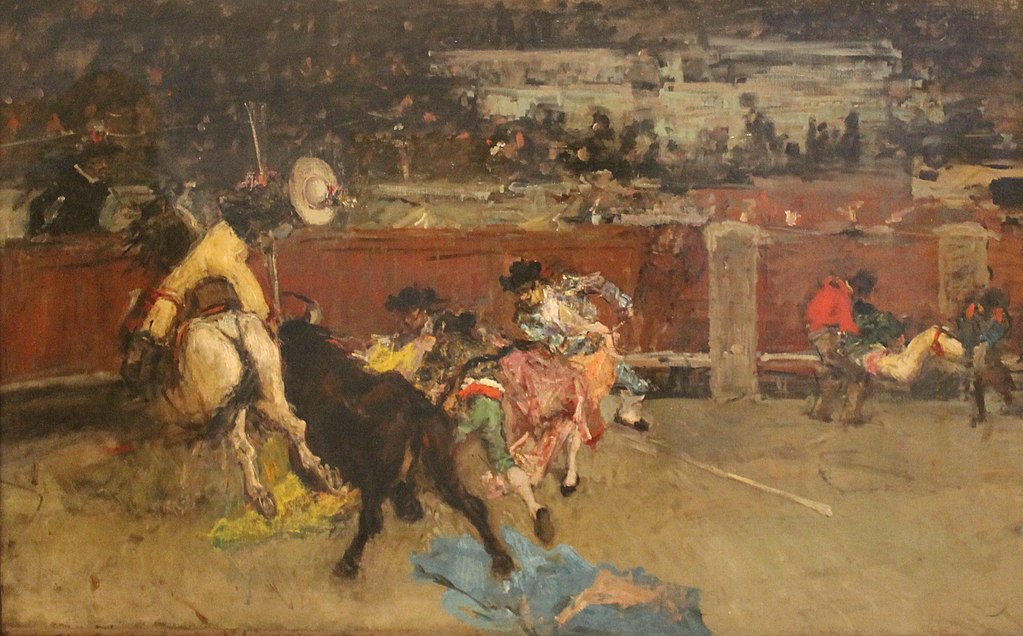 Bullfighting or tauromachy is a traditional show in Spain. It is also practice in Portugal, southern France, and Latin America. Some think is cruelty, and some is a sport. Controversies aside, it is an old European practice that already takes place in ancient Greece. It is very complex show hide interesting secrets behind.

Bullfighting began as worship and sacrifice in Mesopotamia. Even though, there are epic poems regarding this tradition, as the legendary fight between Gilgamesh and the Bill of Heaven. All these stories always talk about legendary men fighting and beating a bull. There also several mosaics, painting pottery and old frescos talking about the mystic fight against a beast incarnated in a bull figure.

Bull-leaping was a common practice in Crete, the land of the Minotaur legend.  Bull wrestling is also a well-known practice in ancient Rome, and even in the Balkans and Turkey. Fighting a bull is a demonstration of human power, and that is why it turns into a tradition in Mediterranean Europe.

Toreros and their dresses

There is an entire culture behind bullfighting. The aesthetic of bullfighting is very complicated beginning with the creation of the matador dresses, called “trade de Luces.” It means “suit of light” an adequate name for a suit entirely embroidered with sequins and reflective threads of gold or silver. Just one of this suits takes months to sew up and embroider manually. They are expensive.

Getting dressed is also part of the ceremony. Toreros are helped by a squire to get dress, regarding a superstitious ritual. This tradition even may respond to the difficulty of getting dressed in an extremely tight suit full of decorations.

Besides the suit, toreros wear a hat called Montera. It is worn only in the presentation moments called “paseillo.” After it, the torero can offer the cap to a lady or to a famous assistant in the bullring to honor them.

In the eighteen century toreros wore long hair usually tight in a bun coming out of the Montera. Nowadays toreros wore wigs just for the show. Cutting their hair was a symbol of retiring from the bullfighting. In fact, the expression “cutting the bun,” in Spanish “cortarse la coleta” means retiring from your labor or practice.

Toreros aren’t the only ones on the show. There are picadors and rajoneadores, a part of a toreros crew each one with a unique dress code of their own.

Assisting to a bullfight is a big and public event. People go dress up according to the prestigious event. Men wear suits and women beautiful short dress.  You should not forget to bring a handkerchief to participate in the ritual of awarding the torero. Besides, all these what you need to do the most is buying your tickets to Madrid bullfights, here.