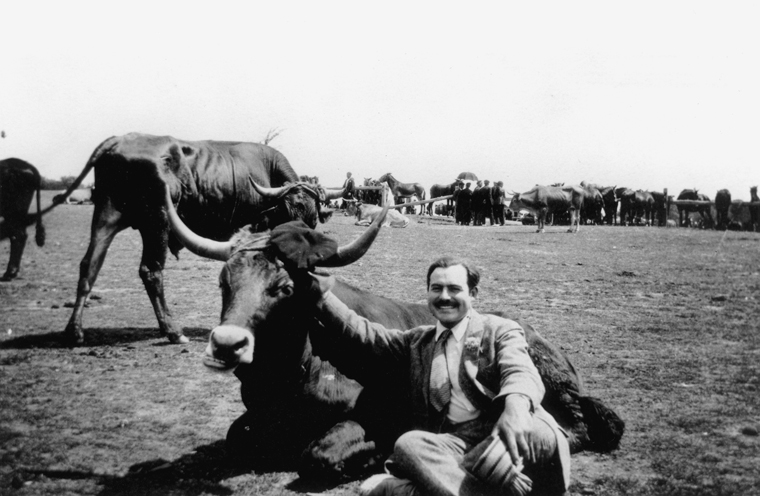 Bullfighting throughout history has captivated big personalities who have expressed their admiration in many of his works, even has been the inspiration to create many masterpieces. In this article we will know some characters and contributions to Spanish culture.

The first guest is the artist Francisco de Goya, one of the most representative of Spain painters and and thanks to his passion for bullfighting, we can enjoy
a collection of paintings that show stories lived in the bullrings of the 19th century. ‘Bullfighting’ is a collection of 33 engravings that are considered the best expression of his vision of the world of bullfighting. Its magnificent prints convey the passion with which the bullfighters were given to work and of course the most intrepid facts of his visits to Bullrings.

The poet Federico García Lorca proved to be a big fan by the taurine culture to defend it as an essential part of Spanish culture. His most memorable words to defense the bullfighting are: ‘bullfighting is probably the vital and poetic richness of Spain, incredibly useless by writers and artists, mainly due to a false teaching education you have given us and that the men of my generation have been the first to reject. I think the bulls is the most educated party that is in the world.’ In his writings, Lorca raised symbols that went according to your favorite activities by traditional elements, where figure the Bull principal.

I am the bull,’ is the phrase that Pablo Picasso expresses a true passion for the bulls and the world of bullfighting. Great example of the virtues of the bull and its importance in the development of the culture of the Spanish people. Picasso makes the bull protagonist in many of his paintings highlighting his admiration for the great animal as well as also unveiled his respect for the brave toreros which are delivered in the ring.

‘Death in the afternoon’ is the book dedicated to bullfighting by the writer Ernest Hemingway, who gave the world a work that offers an extensive tour of what the writer considers the greatness of bullfighting. Additional this book invites us to reflect on the nature of fear and courage. The artist was a constant visitor of Bullrings, due to his interest in the ceremony and Spanish traditions.

In bullfighting, it is very common to find with the inclusion of painting, writing, music among other artistic expressions. Each character in the story has contributed so that bullfights are known all over the world and views as a differential element of Spanish culture.