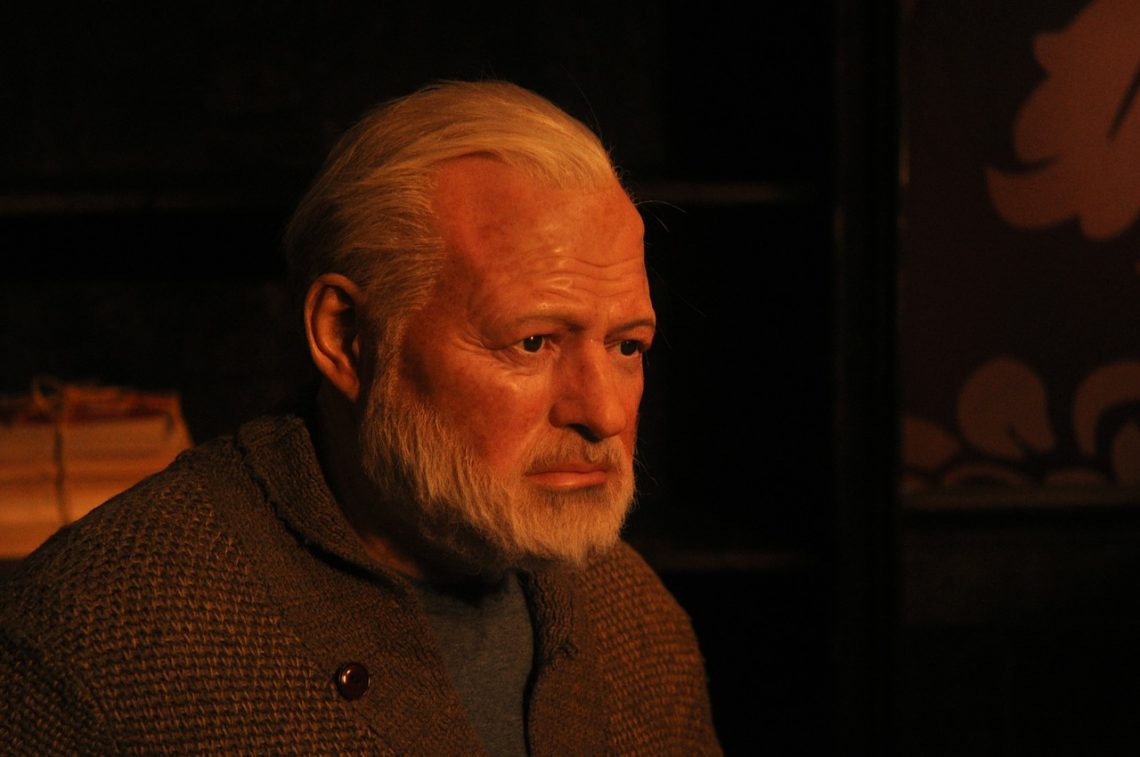 Perhaps the most influential person in piquing international interest in Spain’s rich tradition of bullfighting was Nobel Prize-winning author Ernest Hemingway. Experts have said that his first published novel, The Sun Also Rises, was responsible for turning the festival of San Fermín and its iconic running of the bulls from a relatively obscure local affair in Pamplona to a worldwide sensation. Naturally, several Spanish cities have streets named after him or statues in his honor.

Hemingway discovered a passion for bullfighting in Spain in his early 20s that stayed with him his entire life. When he took his own life in 1961, after battling physical and mental health issues for many years, tickets for an upcoming bullfight were found in his home.

What did Hemingway say about the art of bullfighting?

Another thing he said that exemplifies his high regard for bullfighting was, “There are only three sports: bullfighting, motor racing, and mountaineering; all the rest are merely games.” Clearly, he valued the element of extreme risk in sports.

Regarding the anti-bullfighting movement, he is reported to have said, “Anything capable of arousing passion in its favor will surely raise as much passion against it.” He also expressed a desire for opponents of the sport to mind their own business, essentially being of the opinion that, if you don’t like the fights, don’t watch them.

What was a fan of bullfighting called in Hemingway’s time?

“Aficion means passion. An aficionado is one who is passionate about the bullfights.” The Sun Also Rises, chapter 13.

This term, aficionado, literally translates to a person who is passionate about something, or a hobbyist. In English these days, it has come to be used in this broader sense, although it is still used among bullfighting fans in Spain as a form of self-identification.

The Sun Also Rises is loaded with bullfighting symbolism, arguably more than any of his other work, unless you consider the underlying philosophy of his nonfiction work, Death in the Afternoon, which has come to be called the bullfighting bible thanks to its detailed and dynamic descriptions of bullfights and all the associated ritual and culture.

In this novel, set in Spain in the 1920s, bullfighting is frequently and profoundly used as a symbol of masculinity, passion, and the inevitable destruction that accompanies love and sex. The young adult characters, part of the so-called Lost Generation, are mesmerized by the bravery, skill and honor that are the foundations of a good fight, having become cynical about these qualities outside the ring. When you read how Hemingway describes each bullfight, the language used is often quite sexual and mirrors the stages of an intimate encounter, involving seduction, manipulation, and finally, penetration as the matador slays the bull with his sword.

Another element of bullfighting symbolism involves the fickleness of love, which is personified by Brett’s constantly running from lover to lover, and also by retired matador Belmonte swiftly falling out of favor with the crowds as soon as something newer and better comes along: the young matador, Romero.

The following quotes from chapter 18 of The Sun Also Rises give you an idea of not just how a bullfight works in a technical sense, but also of the psychological complexity of the sport.

“The three matadors take the bull in turn after each charge he makes at a picador. Belmonte was the first. Marcial was the second. Then came Romero. The three of them were standing at the left of the horse. The picador, his hat down over his eyes, the shaft of his pic angling sharply toward the bull, kicked in the spurs and held them and with the reins in his left hand walked the horse forward toward the bull. The bull was watching. Seemingly he watched the white horse, but really he watched the triangular steel point of the pic. Romero, watching, saw the bull start to turn his head. He did not want to charge. Romero flicked his cape so the color caught the bull’s eye. The bull charged with the reflex, charged, and found not the flash of color but a white horse, and a man leaned far over the horse, shot the steel point of the long hickory shaft into the hump of muscle on the bull’s shoulder, and pulled his horse sideways as he pivoted on the pic, making a wound, enforcing the iron into the bull’s shoulder, making him bleed for Belmonte.”

“At the end of the pass they were facing each other again. Romero smiled. The bull wanted it again, and Romero’s cape filled again, this time on the other side. Each time he let the bull pass so close that the man and the bull and the cape that filled and pivoted ahead of the bull were all one sharply etched mass. It was all so slow and so controlled. It was as though he were rocking the bull to sleep. He made four veronicas like that, and finished with a half-veronica that turned his back on the bull and came away toward the applause, his hand on his hip, his cape on his arm, and the bull watching his back going away.”

“Out in the center of the ring Romero profiled in front of the bull, drew the sword out from the folds of the muleta, rose on his toes, and sighted along the blade. The bull charged as Romero charged. Romero’s left hand dropped the muleta over the bull’s muzzle to blind him, his left shoulder went forward between the horns as the sword went in, and for just an instant he and the bull were one, Romero way out over the bull, the right arm extended high up to where the hilt of the sword had gone in between the bull’s shoulders.”

“You wouldn’t believe it. It’s like a wonderful nightmare”

Where was Hemingway introduced to bullfighting?

In the early 1920s, Hemingway and his first wife, Hadley Richardson, moved to Paris, where he met several great contemporary writers, among them Gertrude Stein. She was the one who recommended that he change from journalism to fiction writing, and, importantly, that he take a trip to see bullfighting in Spain. He followed her advice in 1923, when he witnessed the running of the bulls and the afternoon bullfights of San Fermín. He later recounted, “The only place where you could see life and death, i.e., violent death now that the wars were over, was in the bull ring and I wanted very much to go to Spain where I could study it. I was trying to learn to write, commencing with the simplest things, and one of the simplest things of all and the most fundamental is violent death.”

At one point later in his life, he claimed to have seen some 1500 bulls killed in the area and read through over 2000 books and pamphlets in Spanish related to the world of bullfighting. It is safe to say, then, that Ernest Hemingway was a life-long aficionado.