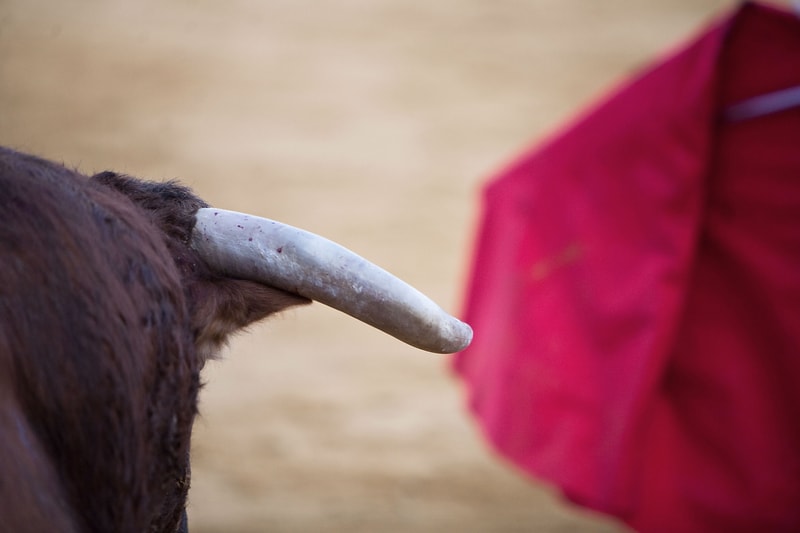 The bullfighting is a millenary show that gives to the spectators a lot of ritual and rules to fall for this traditional event.

Like another tournaments, the bullfighting must follow certain rules that a new fan can be difficult to understand. But then in the continue post we solve the most common questions that new fans of bullfighting should know.

Its important communicate that in the first visit to the Plaza de Toros de Las Ventas, the people fall or reject completely this activity, but the majority becomes a fans of this show.

First we share the most important sights of the stage. The Plaza de Toros de Las Ventas is considered the number one in the world and his fans demand upon to keep the qualification. The Las Ventas audience asks quality for presentations of bullfighters and stallions.

The area where all the activity takes place is known as ring or sand. On it is marked two white lines, that limit where the ¨picadores¨ can perform. In the case of take deeper lines the ¨picadores¨ not maintain a legal invested.

After the entry of the bullfighters in the famous ¨paseillo¨, the entrance to the fist bull is announced by the president using a white handkerchief occurs.

The meaning of the scarves is a great start for the amateur to beginning his learning.

The fight is divided into three parts called thirds: in which the bull receives three different punishments. The first third is ¨varas third¨ that is when the ¨picador¨ strikes a bull on the back, the following is the third of ¨banderillas¨ , is when the matador and ¨banderilleros¨ spike his back and the last third is the death of the bull.

Another of the most common questions new fans is why the horses are blindfolded? And the answer is very logical though when the people is initiating in the bullfighting world they expect more mystery. In order that seeks to blindfold the horse is that it cannot panic and despair to be struggling with a beast of 500 kilograms.

Clapping is not always recognized. In bullfighting it is important to know the value and utility of clipping. The applause at the paseíllo, is shown admiring the matador career, or in the case of novilleros is a motivation to continue his passion. The intense clapping in the bull entrance, represent the request of the audience to the president for return the bull to the cattle reasing, because their physical characteristics are not enough to fight in that place. The return of cattle in the Plaza de Toros de Las Ventas is often due to the requirement of the Madrid public.

Finally it would be important to inform new fans of bullfighting, on the music heard in the bullring. Each bullring has an official band playing across halftime of the bullfight. The music he plays, are known as ¨pasodoble¨, this is a style of music typical of Spain. The band does not play when developing the bullfight bullfighter for safety.

If you want more information about bullfighting and how to be part of the event you can contact us or check the information of the official tickets and their respective schedules.