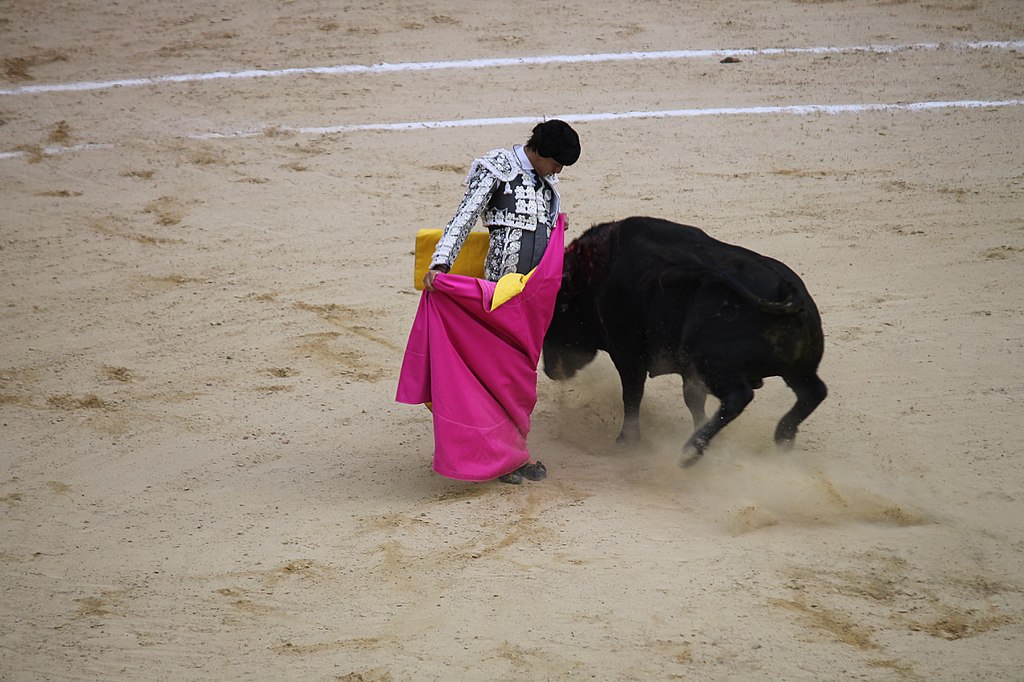 The classic little walk began this past Sunday April 19, which brings together bullfighting fans, who enjoyed a unique and exciting show.

The first to jump into the ring was the bullfighter Tomás Angulo, who received his first bull from livestock La Ventana del Puerto, a brown stallion 515 kilograms overflowing bravery from his first ride on the sand.

In the second assault the matador Angulo performed a lot with crutch (Veronica) was invested by the bull superficially wounded leg and shoulder, while his gang tried to distract the bull to get the bullfighter in the danger zone. This whole incident was exceeded in minutes thanks to the wounds were not deep and the bullfighter resumed his presentation.


The second bullfighter to enter the ring David Miranda was facing in his first fates to a res of 538 kilograms with a restless performance made the bullfighter go all the sand because of the energy overflowing. The default bullfighter had a little frightened bulls that at certain times was defined as passive, because of the nature of the bull.
David de Miranda to receive is second bull was more confident and more attitude when using the cloak with more mettle. Viewers fired with applause this future matador, will surely continue to improve their tactics in future presentations in Spain.

Andres Roca Rey was the third to enter the bullring Las Ventas Madrid, and as it was not for less since its entry showing a stunning and secure presence. Just jumped the red bull cattle mentioned above, there was an unimaginable presentation and expect that all amateur presentation, no one could anticipate the mega show that this young Peruvian could offer.
While Andres Roca attacks the bull, the public looked attentive and standing in the stands, due to the excitement that this gave the show its great bravery and courage to approach without fear millimetres bull, even many of their fates with cloak touch to the point that the bull stained the costume of the bullfighter.

After dealing the bull about 10 minutes, the bullfighter receives its first shock, where the bull surprised by the front giving gored in the right thigh to the bullfighter and timely defense starts to turn up out of reach bull and immediately goes his cape and to continue the fight. These actions continued the rest of the afternoon, leaving the audience amazed by the dedication and passion demonstrated by the torero future.
The worst had not happened. Upon receiving his second bull, the bullfighter already had a leg wound approximately 5 centimeters and was no excuse for providing a motivating show. When he entered the ring he was bold, full of courage and above maximum decision without doubt that combination of elements was what led him to leave through the front door of the Plaza de Toros Las Ventas on shoulders and awarded two ears.