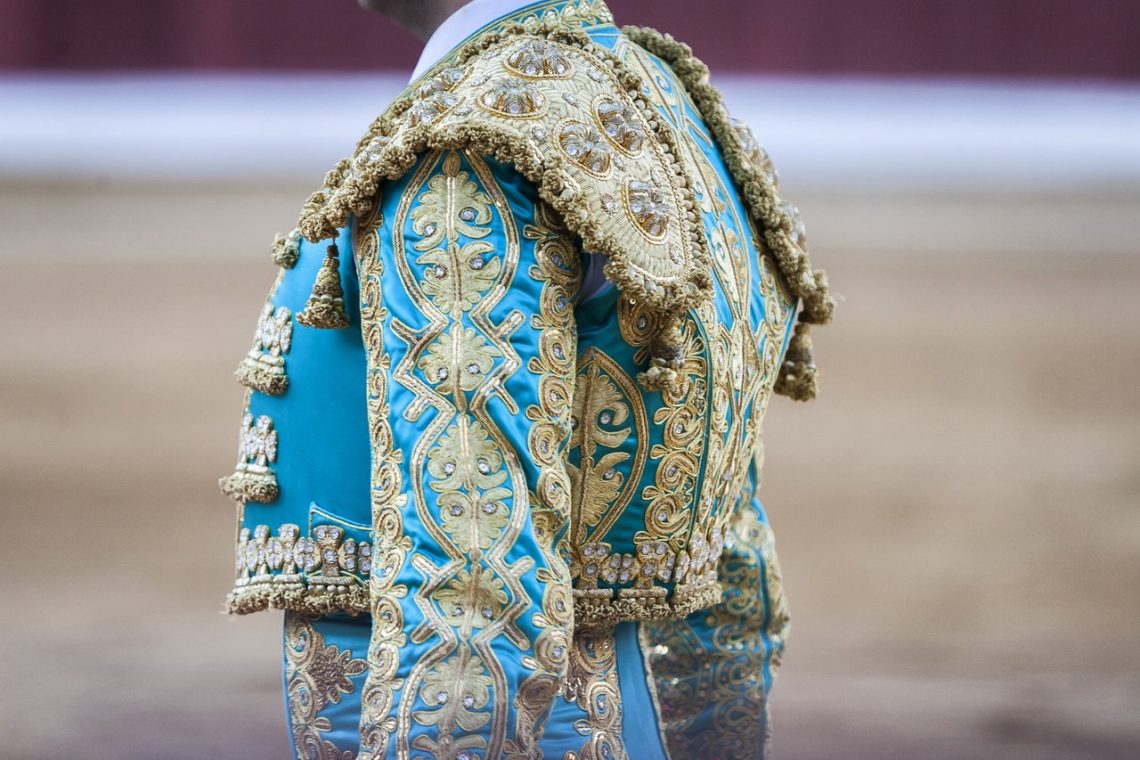 Bullfights throughout in all the time existence, is presented as an event where the natural law of superiority of man against animal notes on a stage, the famous Plaza de Toros de Las Ventas.

It should be noted that in a bullfight much like the bull bullfighter faced with the same opportunities to be victorious, though statistics, the bullfighter manages to dominate the bull, but not mean it is the only possibility, in many cases the bull I killed a bullfighters or been pardoned.

The Cape, irons, ¨banderillas¨, swords and lace, are the allies of the bullfighter to enrage the beef and get a full bull run. We will see each of these elements:

Fabrics or cloths are strong colours like red and yellow used to deceive the bullfighter and the bull to guide him. He is known as a cloak to cloths used both at the beginning of the bullfight as well as those used in the last luck. There is a fancy cloak is a thin film using the bullfighter in the little walk and usually has gold embroidery and silver sequins. In the ¨paseíllo”, this cloak would hug the body as the last step of the ritual of dress bullfighter and shared with the public.

The pikes and pujas are two kinds of tips used for chopping the bull in the back, in order to enrage. These elements come from spears and long poles that were used until the nineteenth century by men who made their bullfighters and bullfighting on foot, without being in the back of a horse. Pikes are iron rods measuring two meters and seventy centimeters maximum carrying at one end a dig or an iron triangle of about 5 centimetres with a cross blocking this puja to remain in the animal’s back.

These elements are born of throwing darts at village festivals. A wooden stick adorned with strips of different colors forms them. Black flags are awarded to a weak and tame bull and put them on his back is embarrassment to the farmer. At one end there is a harpoon four centimeters long in order to embed and to stay on the bull’s back.

Is a weapon, which is actually a stake of 88 centimeters long. In centuries past bullfighters performing the entire task with the sword but now only used when going to kill. Here also comes the ¨verduguillo¨ which is a type of stake has a junction 10 centimeters and is used to kill the bull.
The lace: is a tool that aims to finish off the fallen bull and is a small knife that stabs by the back injury or wound verduguillo.