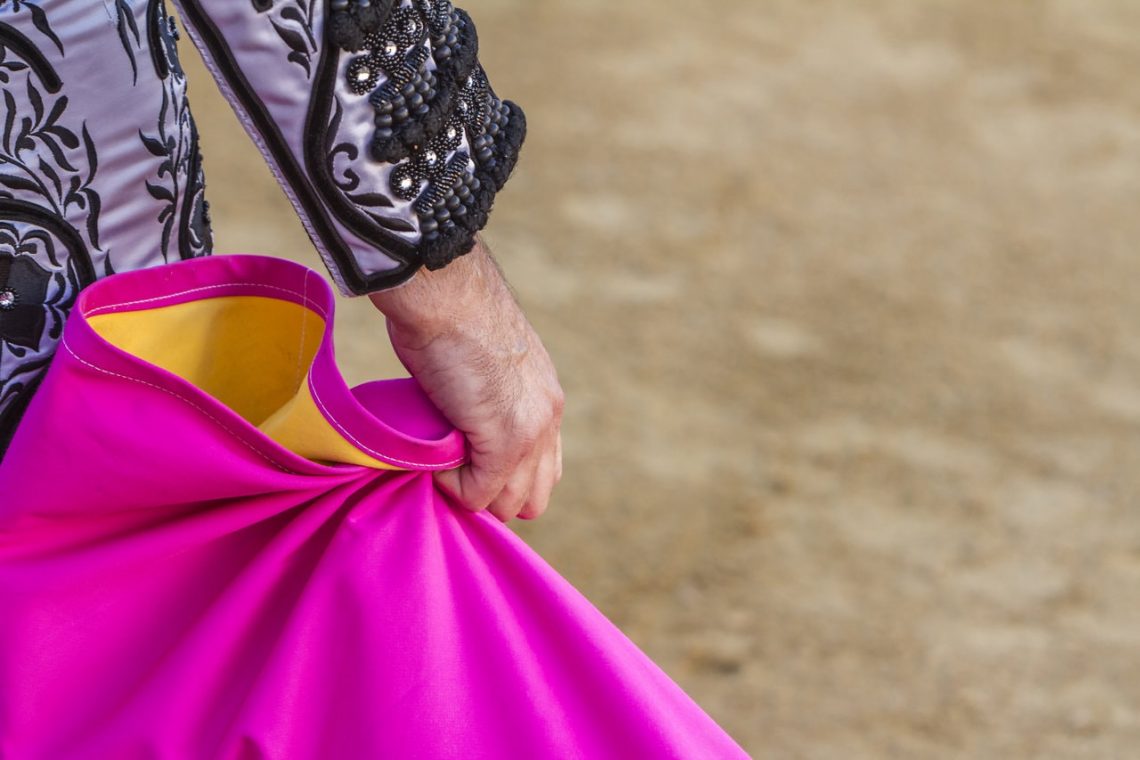 So many people come to Spain wanting to buy a bullfighting costume. Then they learn a tailor made suit of lights which is what the costume is called, runs at least $2,000. Of one wishes to go through such expense and has a week or more to wait in Madrid, there is Gusto’s in Los Rozas outside Madrid. For decades, the owner and crew have been supplying the professionals with their uniforms anf if you really want an expensive souvenir you may get one form him, but it will prove costly. On occasion, however, the shop has used suits which may add a bit of historical value to any collector at a lower price. Again, for fees, they may be modified to fit anyone.

Another alternative might be to g to the Rastro which is the gigantic flea market in Madrid that takes places every Sunday morning and just look about. At times, bullfight fans have been able to “clean up” here, buying from individuals rather than store owners or professional merchants. On occasion, a bullfighting costume or at least part of one has popped up here.

There are other avenues such as the internet, where various online stores offer suits from time to time or on EBay. If one has computer access when in Spain, bidding upon and winning a suit of lights would be possible with the added benefit of avoiding overseas postage costs if the winner is from America or Canada.

If one looks for authenticity, however, he should be wary of the “costume party” suits of light that abound and look nothing like the original or real deal. Many “bullfighter costumes:” offer on EBay, for example, are actually Mexican Mariachi band outfits, cheap imitations and ornamented jackets that would never really be worn in the ring.

Sometimes the seller is not guilty and really believes he is selling a bullfighting uniform out of ignorance and at other times he is trying to dupe the unknowing. Occasionally, a real suit of lights will come up, but the cost will be high.

The reason why these uniforms are expensive are many. Traditionally, in an age of machinery, they are still made by hand, just as they were in the days of Espartero and Bombita. Inflation and the Euro replacing the Peseta have not been helpful either.

In dealing with a regular tailor, one will be equally stunned to find the price tag is for the actual pants, vest and jacket alone., The socks, hat, parade cape, shirt and even the tie are extra.

The parade cape, by the way, may turn out as costly as the suit of lights or higher, depending on how fancy one wishes to be. Some toreros have paid extra to have images of Jesus or of varied saints sewn into the center of the cape, which is only used in the opening march across the ring and never to fight the bull.

Again, people need to know what a parade cape looks like, as there are some unscrupulous merchants out there who will be happy to zero in on a person sensed to be a tourist, with offers of shawls, costume party pieces and pieces of tablecloth as supposed capotes de paseo.

Of one is bound and determined to own a bullfighting costume to take home from a trip to Madrid or elsewhere in Spain it can clearly be done. Time, money and luck are three essentials to do so.

Finding and buying a suit of lights is not easy.